How does acupuncture work?

Traditional Chinese Medicine (TCM) describes two opposed forces that are complementary at the same time, Yin and Yang. In a healthy body they are present in a harmonic balance. A disturbance of this balance expresses itself as an illness according TCM. If acupuncture is applied a harmonisation of Yin and Yang is reached, leading to a healing. Through this harmonisation self-healing forces are triggered.
Picture Yin and Yang
“Acupuncture heals what is in disorder. Acupuncture does not heal what has been destroyed!”
Prof. Dr. med Dr. med dent. H. F. Herget

Acupuncture can be applied for a number of disorders, either on its own or in combination with other therapeutic methods. The limitations of acupuncture are where tissue has already been damaged permanently. Meridian-acupuncture or rather full-body acupuncture is complemented by special forms of acupuncture based on the recognition that the organism with its multiple functions and organs is projected onto defined parts of the body and basically depicted cartographically.

The phenomenon of such projection fields from which diagnostic conclusions and therapeutic effects onto inner functions are possible is known as somatotopes. The number of somatotopes (also called microsystems) shows that a significant principle of biological organisation and order becomes visible: the reflection and presence of the whole in each of its parts.

What are somatotopes? (Bild Fußsohle/Ohr mit eingezeichnetem Somatotp)
The expression “somatotopes” (greek: soma = body; topos = place) derives vom neuroanatomy. The depiction of a body on a part of its own is called somatotopes.
The phenomenon of somatotopes projection systems is a relatively new, Western discovery. It goes back to the decoding of an cartography of the ear by the French doctor Paul Nogier in 1950.
The somatotopes acupuncture points are topographically reproducible and highly reactive. In contrast to the body meridian points of TCM they are always only demonstrable if a pathological stimulus exists and the sensitivity of the points is raised thereby.

Well-known somatotopes on the body surface are the soles, the auricle, the mouth, the nose, the skull or the belly. Disorders in certain parts of the body can express themselves as sensitive areas or points in those somatotopes. Reversibly. Vice versa a treatment of corresponding areas of the body is possible through those points.

In their diagnostic and therapeutic access these micro acupuncture systems (MAPS) are much closer to the Western understanding than TCM. But MAPS-therapy and body acupuncture are not in competition but often complement each other ideally.

Skull acupuncture treats sensitive points at the head. This form of acupuncture can be applied on its own or in combination with other forms of acupuncture.
The new skull acupuncture after Yamamoto was developed in the the 1960s by the Japanese doctor Toshikazu Yamamoto and further systematized and improved over the next 20 years. Western medicine and acupuncture can be very well combined like this.
The dissemination and acceptance that has been going on for ten years has its focus in Germany and reaches the same level as ear acupuncture in terms of its distribution range. Especially acute and chronic pain syndromes of the musculoskeletal system like lumbago, lumbosciatica and cervical spine syndrome can be treated effectively just as well as functionally reversible disorders like migraine.

The discovery and decoding of interrelations between teeth and areas of the jaw to the organism goes back to Voll and Kramer (Picture Odonton chart). It has proven to be a effective therapy since the beginning of the 70s.

Thanks to measurement capabilities of electronic acupuncture they were capable to determine the relation between single sections of the jaw and the meridians of acupuncture in the 1960s. When treating teeth they observed electronically measurable changes at certain main points of TCM depending on the tooth or rather a group of teeth. Although those changes of the skin’s potential were limited in time they were reproducible if the same teeth were treated.
The entirety of mouth acupuncture points provides a functional image of the organism on a clearly described section with the feature that at the mouth points not only single meridians are linked but a pair of Yin and Yang. Like this the five elements that are interpreted as loops or rather functional circuits of the organism in TCM are functionally accessible in the mouth.
The section behind the last big molar, the so-called 9-area plays a key role here. In the upper jaw there are direct interactions in this area to the mucous membrane in general, the chewing muscles, symptoms of headache, functional disorders in the shoulder and elbow as well as in the small intestine and the colon. In the lower jaw there are connections to the cervical and lumbar spine, to the sacroiliac joint and the jaw joint according to J. Gleditsch. If the somatotopes-points are stimulated in these areas of the mouth, the frequently occuring muscular pain syndroms within the described corresponding areas can be treated successfully.
The wisdom teeth gain a special importance because of these phenomenons. Gum hoods, periodontal pockets, plaque that is difficult to remove, states of pressure and tension due to shifts and a lot more are only a few examples that can turn the sensitive 9-area into a section of constant irritation for the entire organism according to Gleditsch.
That does not mean however that wisdom teeth should be removed in general but this are should always receive special attention. 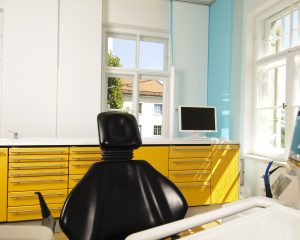 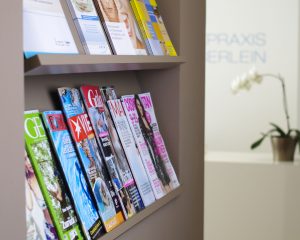 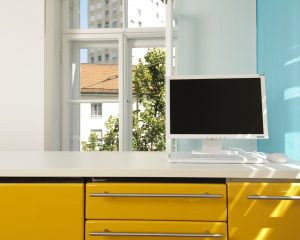 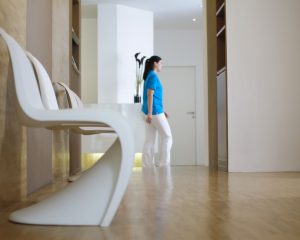 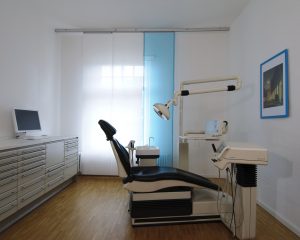 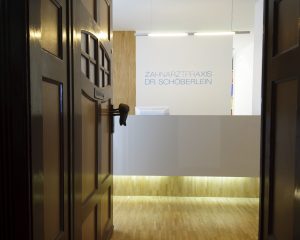